Where Exactly Is Keswick Island? 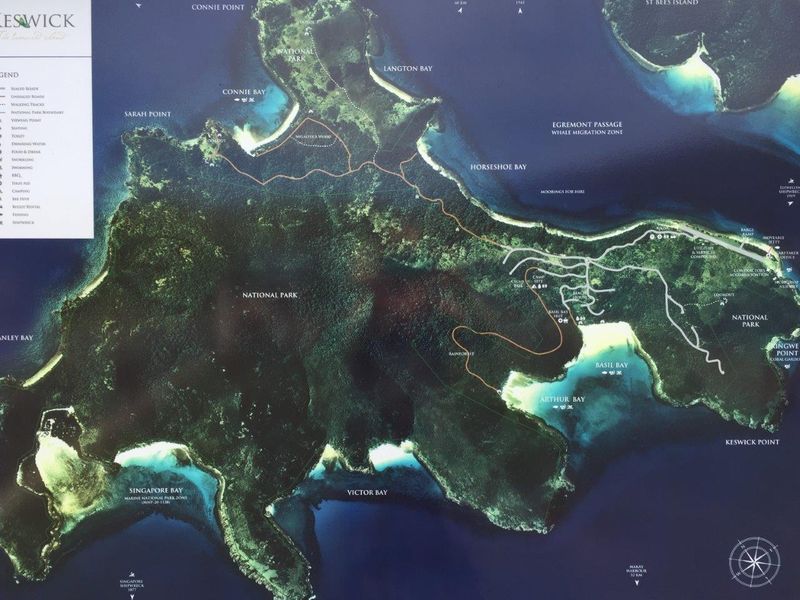 Want to know where this little-known treasure is in Australia exactly? Take a look at the close-up aerial map and explore the many bays and reefs, then get directions to reach Keswick, the southern-most Whitsunday island.

Located 32kms NE of Mackay, Queensland, Keswick Island is in the Cumberland Group. Situated right next to St Bees Island and separated by Egremont Passage, Keswick was discovered by Captain James Cook in 1770.

Now in 2019, surrounded by national park and the Great Barrier Reef Marine Park, Keswick has ~150 residential lots with ~22 homes built. There are 9 permanent residents plus head lease-holder contractors living there.

Mackay Airport is the closest airport, followed by Proserpine Airport 2 hours away which often has cheaper flights from major Australian cities. Currently there are no commercial charter boats operating to Keswick, but we hope that will change in 2020.

Motorised private boats can reach Keswick from Mackay Harbour in around one hour and tie up to the safe moorings surrounding Keswick. Please note there are some exclusion zones around Keswick due to air traffic. An interim jetty is currently under construction before the runway on the northern side of Egremont Passage. There is also a barge ramp used for freighting.

There are only 2.5kms of sealed roads on Keswick and residents use registered golf buggies as transport. The terrain is very hilly.